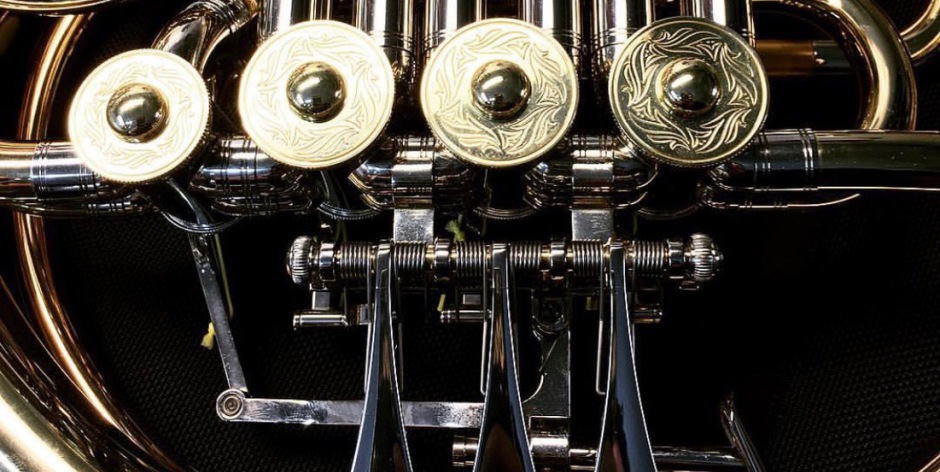 In late 2003, Chris found his passion as a chamber musician after joining the Dallas Brass for a 6-year tenure touring the U.S. and abroad.  In 2009 Chris left the Dallas Brass to join the prestigious Boston Brass as Hornist, Arranger and Co-Owner of the group, with whom he presently tours the world with over 180 days per year.  In addition to his duties with the Boston Brass, Chris is a very active soloist and is dedicated to the constant promotion of new, unique music for the horn.  In 2019, Chris recorded the premiere of Tony Labounty’s “Prophecy” for horn with Thomas Leslie and the UNLV Wind Orchestra under Klavier records to high acclaim and rave reviews.  To quote Fanfare Magazine “How Castellanos has any lip left at the end is beyond me.  By quite some way, this is the best horn playing I have heard in years”.  During the pandemic lockdown, at a time when musicians were not easily able to play with live accompanists, Chris collaborated with hornist / composer James Naigus to spearhead a consortium and premiere “Visions”, a new work for horn and fixed media.  Most recently, Chris comissioned "Shadows of Jazz" by Nathan Tanouye for Horn, Piano and Upright Bass which he premiered as a featured artist at the 54th International Horn Symposium.

As an educator, Chris has covered every state in the US as well as 36 countries.  Clinics and masterclasses include The Juilliard School, Eastman School of Music, The Sibelius Academy (Finland), The Bruckner Academy of Music (Austria), Yong Siew Toh Conservatory (Singapore), Royal Conservatoire of Scotland, The Royal Academy of Music (London), The Hong Kong Academy of Performing Arts and many more. Additionally, Chris serves on the International Artist Advisory Council for Mahidol University's College of Music in Thailand.

Outside of performing, Chris is the host of the popular podcast "Music on the Rocks", which features long form interviews with some of the best musicians in their field.  Chris also Co-owns the company Pro Elite Music, which produces the high end, graphene based valve oil "Pro Elite Oil" for brass instruments.

Chris is proud to serve as a performing artist for the Yamaha Music Corporation, giving clinics, concerts and masterclasses worldwide.  He currently resides in Utah where he enjoys spending his time with his wife and two children.